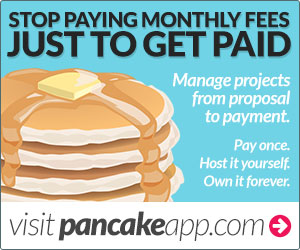 I hate ads. (Who doesn’t?) For me, having an adblocker in my browser is mandatory.

Recently I was working from a new computer that didn’t have an adblocker yet, so I popped into the Chrome extensions store and searched for “adblock”. So many different ones popped up — many with similar or purposefully deceptive names, I had to research again which one was the “right” one that I wanted.

So here to save you the effort, and to remind myself in the future if I ever forget again, is the one you want:

In the old days I used to be a big fan of one called Adblock Plus — I think it was a pioneer in its day.  However at some point they became a for-profit company, and then introduced something called “acceptable ads”.  In a nutshell that meant they would block ads, EXCEPT for ones somebody paid them to consider “acceptable”.  That sounds pretty shitty to me.

So I started using uBlock Origin instead.  There’s no bullshit, it just blocks ads.  Also I trust it more since the project is open source.

Unfortunately though, there is more than one “uBlock” out there!  I guess there was some kerfluffle years ago about control of the uBlock project.  According to Wikipedia:

The uBlock project official repository was transferred to Chris Aljoudi by original developer Raymond Hill in April 2015, due to frustration of dealing with requests. However Hill immediately self-forked it and continued the effort there. This version was later renamed uBlock Origin and it has been completely divorced from Aljoudi’s uBlock. Aljoudi created ublock.org to host and promote uBlock and to request donations. In response, uBlock’s founder Raymond Hill stated that “the donations sought by ublock.org are not benefiting any of those who contributed most to create uBlock Origin.”

So there you have it… the “correct” one to use is the one I linked to above.  You can jump straight to the Installation section where you’ll find links to the correct extension/add-on pages for each major browser, from which you can install it.  Cheers!